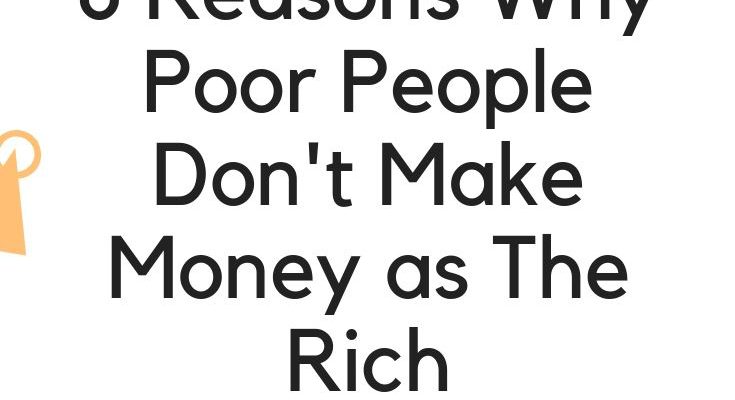 YouTube is filled with videos such as 10 things poor people do that the rich don’t or 15 things rich people do that the poor don’t or something along those lines. Many of them are quite interesting and are fun to watch but they don’t really explain the difference. Do you really think that the difference between the rich and poor is that, poor people watch TV while the poor don’t or rich people shower more often compare to the poor? Neither do I, If you suddenly start showering more often or watching less TV, you are not going to get rich because the real difference is in the mentality, in the way, the play the game of money.

And in this article, we are going to take a look at 8 things that poor people do that are keeping them poor. 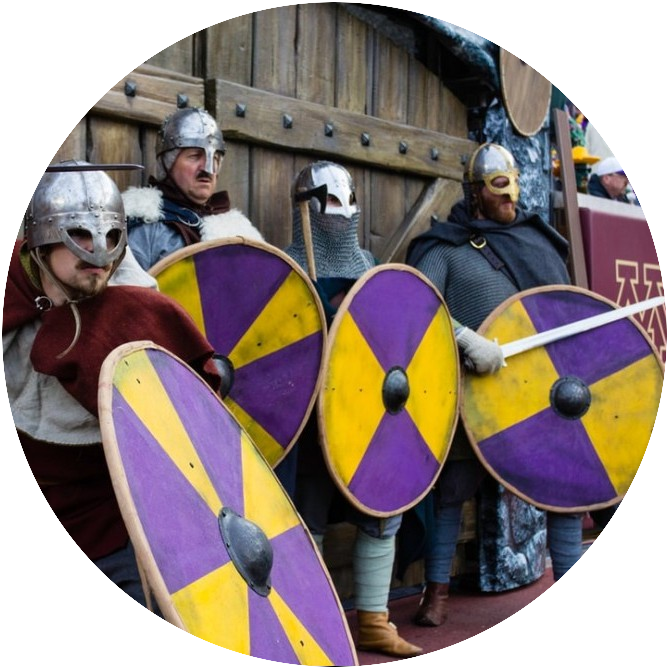 If you were to play any game strictly on defense, what are the chances of you winning that game? extremely low or none, right? And yet, most people play the game of money exactly like that.

Their primary goal is not to win or to be at the top but rather not to lose. They just want to pay all the bills and stay out of the debt. The problem with this strategy is that when your goal is to simply to be above the water, that’s maximum what you will get.

Of course, some people are little better than that, they save 10 percent of their income, invest it in the stock market and just hope that the stock market doesn’t collapse so that when they get old, they will have something to rely on. But until then, they will be locked into the comfort zone of a small paycheck!

There is absolutely nothing wrong with that, but if your goal is to simply pay the bills, you will just stay wherever you are. If you want to create real wealth, you should stop playing defense and start playing offense and shoot for the stars. As a wise man once said: “If you shoot for the stars, you’ll at least hit the moon.”

2. Poor People Do Not Value Freedom 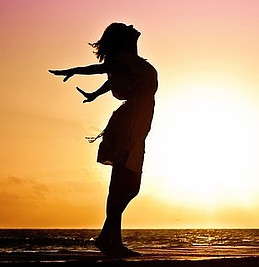 When I say freedom, I do not mean living in a democracy or not. Freedom means living the life that you want, and not the one that someone else wants you to live, doing what you want, how you want and where you want! That’s why you find a lot of people say: Money isn’t important! Don’t make your life all about money! or the most famous of them: Money is the root of all evils!

And yet, you find those people working all of their life from morning till evening for some pennies just to keep the bill collectors away from their house, doing the job that they wish they can quit, not only because they hate the job, but they also probably hate their boss! And if they had the opportunity, they would quit that job. That’s why money equals freedom!

So, how do you expect yourself to chase money if you look at it as something negative? Rich people keep getting richer because it gives them more and more freedom to do with their lives that they want. 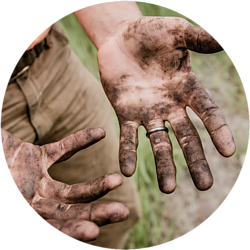 It sounds a bit controversial, aren’t you suppose to work hard for your money? Let me explain. What do most people do if they want to make more money? They work harder to get promoted and if that’s not enough, they might consider working overtime or getting a second job.

The problem with this is that, no matter how much you are paid, at the end of the day, your time is limited. And rich people perfectly understand that, so instead of working hard for their money, they let their money work hard for them. They look at money as a tool that can earn them even more money and not simply a piece of paper they can use to buy what they want like most people treat money.

Of course, first you probably will have to work hard for the money, but it’s temporary for the rich, while it’s permanent for the poor. Once you make enough where your money can replace you, you will have more freedom!

One of my friends wants to start a chain of restaurants. In fact, he has been telling me that for the last 3 or 4 years but every time I ask him why he hasn’t started yet, he typical response, I don’t have the money and I don’t want to get into debt. And that’s the problem. Poor people are constantly looking for something to go wrong.

In these 4 years, he could have found an investor or at least saved up enough to start. He hasn’t even studied the market, he doesn’t even have a plan. He believes that if he gets the money, the rest will somehow magically happens. But what will end up happening is that, he will just come across another obstacle.

It doesn’t matter what business you want to get in, there will always be obstacles, there are millions of things that could go wrong. And if you are like my friend who isn’t doing anything but complains how difficult it is, you are probably in the same dark financial position that he is. Some people are even on a different level, even if they have the money and all the essentials, they will say things such as: What if it doesn’t work? What if people are going to know that I have failed! For God’s sake, no one cares about that.

5. Poor people chose to be paid based on time

How often do you hear people say, I deserve to be paid 50 bucks an hour or 60 bucks. I have a degree from such-and-such school, I work harder than any else, I am smarter or more talented. You know what! No one gives a damn, Would you watch this video because I have spent so-and-so hour creating it?

What matters at the end of the day is how much value you can deliver. You might be working harder than Jeff Bezos, but Bezos will be making 4.5 million dollars an hour and you won’t because while you are complaining, his company is providing value to millions of people all around the globe. 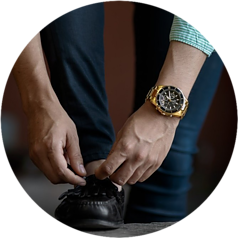 The other day, I was watching an interview with a successful and quite famous entrepreneur. Then, I scrolled down to read some comments and a lot of people were like. This douche-bag doesn’t deserve to be on this channel, he is a scumbag. And it really freaked me out, the guy worked hard to be in that position.

Even if he has inherited some of his wealth, he is probably much more disciplined than you. Some people seem to have some kind of moral obligation to hate the top 1 percent or certain rich families. Here is a life hack! instead of hating them, how about you join them!

7. Poor people think they know everything

This is the most ridiculous one. What do people do when they face financial problems. They complain about it, there are bazillion number of things you can blame, starting from politicians that run the country and ending it with your boss. But if you tell him to pick up a book and learn even the basics of money management. He will tell you, this is my money and I know how to take care of it, Well, if you have figured everything out, why on earth you are always broke. And then they will give you even more excuses. And it’s not only about money, but everything else.

Haven’t you realized when people get into an argument, they try to prove that they are right, even if they are not, instead of trying to learn? To be honest, I have had this mentality back when I was a teenager, I was quite stubborn. But then I realized that, If I keep going like this, I am never going to grow, So I stopped acting like I know everything, and start paying attention to my flaws and how can I fix them.

Knowing how to manage money isn’t something you are born with, but rather you have to learn. Just because you are making money, doesn’t mean you know how to manage it properly. People think that if they start managing their money, it will restrict their freedom. They don’t want to stick to a certain budget or think hard before buying something.

They finally got the paycheck and they wanna enjoy it. But the truth is, if you don’t manage your money, you will never achieve financial independence and that short term feeling of mindless satisfaction isn’t real freedom. And secondly, people think that you need to make a lot of money to manage it. Trust me, it gets way more difficult than you think and if you can’t even handle your paycheck properly, do you think you can manage 10 times that amount?

By now, you probably have already realized that what makes poor people really poor is a poor mentality and not having money is one of the consequences of that. The good news is that you can change your mentality. That doesn’t you mean, the next day you will be sitting on a pile of cash. No, but slowly, you will start looking at things differently, you will start thinking differently and instead of complaining, you will start taking advantage of all the opportunities that you are coming across and over time, you will improve your financial situation. A wise man once said: the best way to help the poor is not to become one of them. 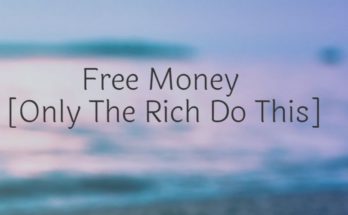 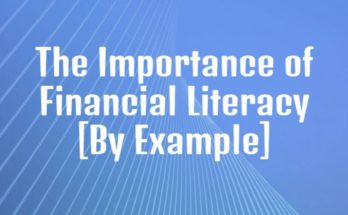 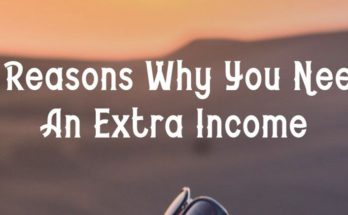