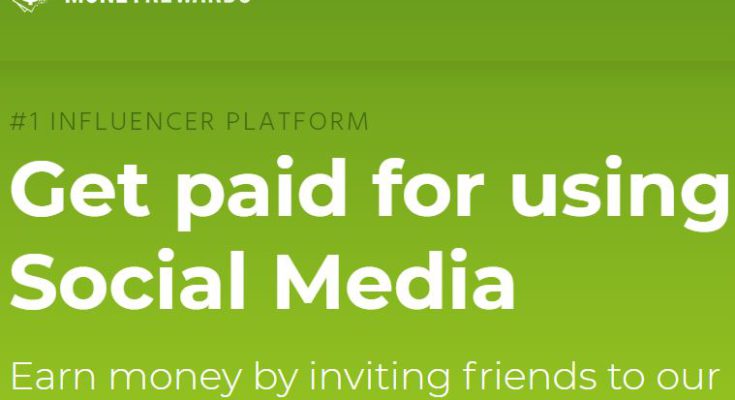 Welcome to my Money Rewards Review!

Before I start my thorough review of moneyrewards.co. I already decided that this is a scam. After reviewing similar websites that are also scams, I can confidently say that this one is a scam too.

Websites like this are like a hydra, you cut off one head, another two will emerge. They just change their website names once they are exposed by bloggers and former members that were scammed.

One website I recently reviewed named viralpay.co change its name to viraldollars.co. These websites are very much the same, so maybe the owner of these garbage websites is only one person or just a single organization of scammers.

Do you want something that really works?  See below link for details (With proof)

What is Money Rewards?

Money reward is a platform that claims that it can pay 10$ for each friend who joins through your invite referral link. Their links employ the same theory similar to affiliate marketing. This might thus not be a reality.

Their website is colorfully made with a green-yellow and white tempting information convincing users who land on their homepage to sign up for free and get paid. Their highly convincing graphics begs for more questions than ever before.

Those who sign up are promised member area access, incentives as well as a special share link. The link is said to earn a person or the client money when clicked or even in times when a new member registers using your referral link.

The promise does not just end there without a ten dollar price tag for each friend who clicks on the link that is generated for the new user who has just signed up for the platform. This is one of the absurd prices that are noted.

This not being all, the website also displays encouraging statistics of the operations that have been made by its customers and their community at large. The statistics show that there is an approximate of fifty-five thousand members that have made a 74.5 Million link share. The cash out is also rated at an exaggerated fourteen point five million dollars. They also claim to have made three hundred and twenty-seven total impressions.

Money rewards also bring out the impression of how high school life is stressful without money and promise to enable one to earn hard money. The site acknowledges that many people have noted that it’s a scam, which is a means to clean their reputation.

Those with high expectations of making lots of dollars from money rewards within the first times of signing up will have to wait for very long or even not earn at all.

Reasons why Money Rewards is a scam

Their website gives very false hopes and impressions that with just a single click of someone`s referral link a corresponding 10 dollar earning will be achieved. They also bring the imagery of how they had been paying as little as 0.1 dollars but can nowadays pay 10 dollars for referrals made. This is very impossible as they who claim they can pay that can eventually go bankrupt considering the number of people who would make the click on the link in many various social media platforms. We would at least expect that for a single individual having many followers on social media to receive many clicks that would require being paid for by monetary rewards. Those who click would sign up and in turn register and share their referral links thus making the number of clicks too many to compensate for by monetary rewards. The large traffic generated in social media platforms would thus overburden the owners of the platform hence it`s not realistic to pay 10 dollars for each referral.

2. The site itself acknowledges that most people say it’s a scam

Scams have over the recent past ten years. Most malicious persons have identified that they can use the internet to manipulate the large mass of online users and more specifically in social media platforms. Many people who go online can attest that they have ever experienced a scam that is untruthful. Those who have experienced scams are usually honest enough to share their scam experiences. In our case, many people have testified claims of having been scammed by Money rewards. Money rewards also in their description, honestly acknowledge that most people view it as a scam and that it is not true to just clear their name from the list of scammers. This short description coming from Money Reward should make someone who wants to join the platform get worried. This is because there is a big probability that it is a real truth that these people are confessing actual experience as former members of the money rewards platform.

3. Nothing is usually absolutely free

We all know that “cheap is expensive”. Most scams represent themselves as being free in most instances. This is not different for the money rewards platform. The freeness of their account creation and instant pay afterward is very unbelievable. To create and signup for the money rewards account is rated as being free. No one can in real life situation just give free funds to any stranger on social media platforms with just a simple account creation. The linking with social media accounts might also only be meant to benefit them with the huge traffic gained from their members at the risk of personal data. Money rewards might also send promotional messages to your friend`s social media accounts to convince them to join and sign up for the platform. Some of your friends might sadly unfriend you and separate their social media accounts front yours in case they sense mischief originating from them being associated with your account. This can lead to disruption of the cordial relationship with social media friends that everyone wants.

4. Data security Complains from most customers who claim to have joined earlier

Data confidentiality and integrity of the user`s data should always the priority that must be assured by any company that makes any business transactions. This is not an assurance by monetary reward. Most of the members who had already joined up this platform complain of data security vulnerabilities from malicious people like email spams or even attempted intrusive access to their accounts. Exposure of confidential data like PayPal accounts and passwords to such malicious people can lead to bank forgeries and attempted account money withdrawals. With high rates of identity theft in the world of finances signing up for their lucrative deals is very risky for any user who intends to join them. This is thus not a secure platform to place hopes on if you are so much concerned about the data confidentiality and privacy of your bio and bank information.

5. Many similarities with previous scams:

Most of the features exhibited by Money Rewards are one to one resemblance to previous scams. Their website is well hosted and designed with colorful and convincing graphics about how free their product is. The website might coincidentally be a rebrand by malicious and untrusted people from the previous scams that might have been identified. The website might thus be a way of trying out a scam again but using a new look of everything. The claims of free money at ease have notably filled their website and have been emphasized from the beginning to the end of the website just like many scams have always done and been witnessed over the recent past. The use of affiliate oriented referral links in a money rewards platform is also common in most scams and thus one can easily conclude without fear that it’s a total scam.

6. No, proof of actual pay and background information:

If money rewards were very legit their contact information and headquarters location address should be very open to any client before signing up for their money-making a deal. The website does not give valid information that can be proven to be true that actual payments have been made. The figures and statistics of 14.5 million as cash out having been made are exaggerated. Less information on how to contact them is included. There is also no complaint form or service that is open-ended for clients to fill.

The money rewards website has a dedicated region or section for testimonials of some of the members who have made the recent transactions. If you click the testimonials part, the website lists an approximate of five payouts that are said to have been made within recent times. The payouts shown contain the date, the client`s username and an extremely high payout cash amount and the corresponding payout. One of the striking things is that all the payments made are of high amounts of dollars not less than 100 which are publicized to attracts new customers or clients to sign up for the money rewards platform.

In conclusion, there are more identifiable similarities between previous scams and Money Rewards. There is also less truthful information that can satisfy the user to join the platform without any fears or questions about it. Exaggerated prices of referrals, data privacy complaints and lack of profound certifications to prove actual payments are some of the limitations that arise and beg for more thinking and caution. It should also be noted that “cheap is expensive” as nothing in life comes so easy without paying a given cost. Users and the online community should, therefore, be advised to keep off from Money rewards which show most of the common features of a scam.

(Do you want something that really works?  See below link for details:) 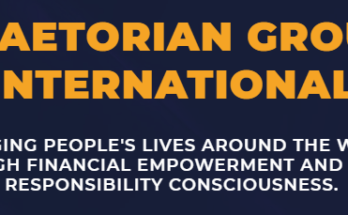