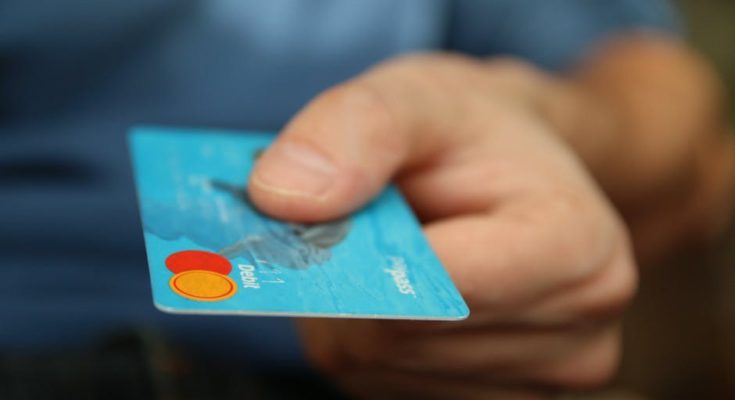 So today we’re talking about the mistakes most people make with their money then no one seems to talk about and how to solve them.

A big mistake many people make is to use hope as a financial strategy. Here’s what I mean, many people justify their spending habits by believing that one day they will make lots of money, and all of their financial problems will go away. As silly as this might sound, this is a very real thing for many people especially those entering the entrepreneurship arena.

As entrepreneurs, we have this vision of how our lives will look like as we grow our business, and in many cases, many entrepreneurs start spending money as if they already make the money.

When we see other entrepreneurs making lots of money, we think to ourselves, I’ll start a similar business and I’ll make so much money and all will be fine.

But this is a false sense of security that causes people to spend more than what their current budget can afford and end up with no money, or worse and that I see many people fall in the trap of buying luxury items to make themselves appear more successful before actually becoming successful which can be a very dangerous trap.

The reality is that unless you win the lottery which is very unlikely, or you make some risky investments that could make it big, it is not likely that you will make lots of money very fast.

Although you can build a good income fairly quickly with the internet today, you should not base your current expenses on the hope of a good income tomorrow. 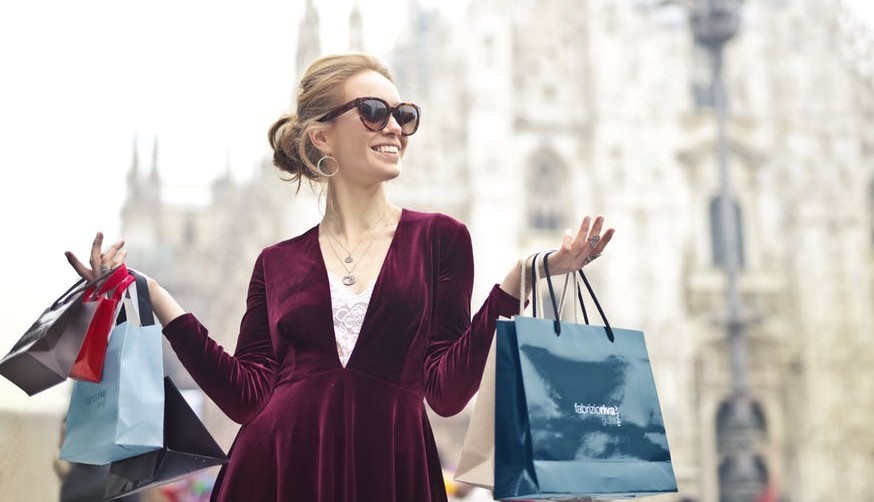 This might come as a surprise to you, but most people do not have an income problem, they have a spending problem. We are all bombarded with millionaire lifestyle, pictures, top tens the rich lives of celebrities and influencers, and all of these luxury visuals that have turned into its own culture.

This culture makes us think that in order to be included in this lifestyle, you must have all the cool toys, so we buy into it and start buying the shoes, the expensive clothes, the cool cars, the latest phones, even if our income isn’t very high yet. The problem with this millionaire lifestyle culture is that they do not show you how the average millionaire actually lives.

If you take a look at real millionaires, the reason they became millionaires is that they did not spend more than what they needed and instead saved and invested the rest especially when their income was still low. The reason why millionaires have Millions was that they put away the little they had, and used it to create more money.

Spending problem can be even more dangerous if you are already making a decent amount of money.

There are people who make $200,000 a year that feel the need to hold a certain image because of their income, so they spend most, if not all of their money on fancy apartments, the leasing, Ferraris, taking expensive trips, and end up with a lower net worth than someone who makes seventy thousand dollars a year but is able to live on 40% of their income and save and invest the rest because most people do not have an income problem, they have a spending problem.

Another big mistake many people make is keeping their money in a bank account or worse in cash. Before 1971, the US dollar wasn’t what is called the gold standard which basically meant that money was backed by the gold reserves in the country had, so money back then had an actual gold value.

After 1971, the dollar now is what is called flat money which is not backed by any commodity and is only backed by the government issuing it.

This means that the concept of inflation now exists, which means the value of money decreases every year and if you hold cash in the bank account, your money will actually lose value every year.

This is why saving money is not the only step for financial wellness, but also investing your money on places that have higher returns than inflation.

By investing your money on simple things like index funds, you are also taking advantage of something called the compound interest, which is the addition of interest gain to the original principal.

This might not look super exciting at the beginning, but it can create a massive difference in your finances in the long term. For example, if you’re able to save and invest, let’s say four hundred dollars a month, which is $100 a week with a return of 8% per year which is the market average starting at 20 years old. By the time you are sixty, you would have saved one hundred and ninety-two thousand dollars, but the compounded interest on those 192 thousand dollars will give you over 1.2 million dollars.

Getting started on investing even on passive forms of investing like index funds might be a good idea. Consult with your financial advisor before making your financial decisions, a very good book I recommend on this topic is unshakable by Tony Robbins. 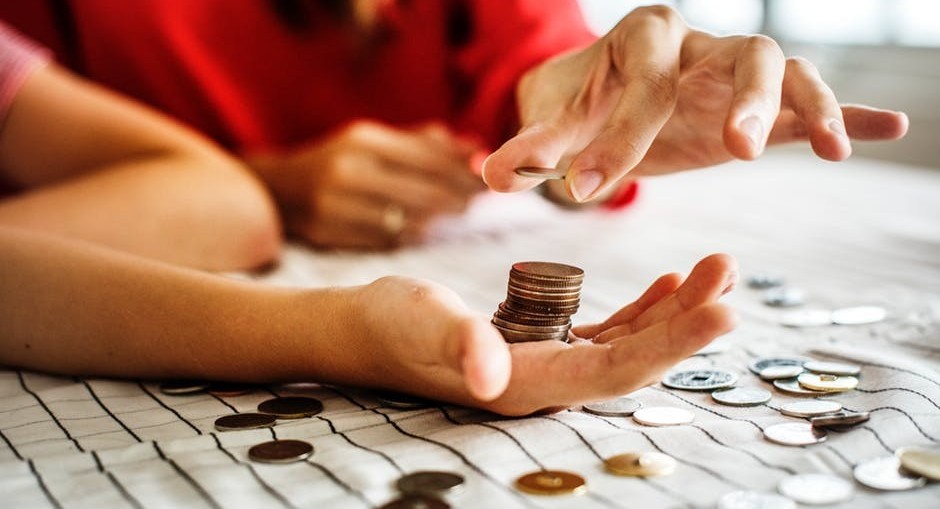 This might sound like the opposite of our last point. Assuming you have debts with high-interest rates, then it might be a good idea to pay off the debt before you start investing. For example, if you have credit card debt which is typically around 20% interest rate and you only pay the minimum payment and put the rest of your money into an investment, it gives you an 8% annual return, then you are losing money.

Yes, you are investing but your debts are compounding at a higher rate than the money you’ve invested, this is what compounded interest works against you. Those credit card interest rates are also compounded and many of them compound on a daily basis, not a yearly basis like most investments. So, if you have high-interest rate debts, you should pay those off first before you start investing.

Something that most people do not talk about is planning for medium-term expenses. Most people talk about planning for the monthly expenses, but what about those expenses that you will have three or four months down the line. Do you plan your end of the Year holiday expenses in December? Most people get financially hurt after the holidays because they do not plan for these expenses a few months ahead, and instead, they square it or dip into their savings. By thinking about your expenses to three or four months ahead can help you better prepare to handle them when they arrive and avoid any surprises.

Not saving money to help you think long term

If you are living paycheck to paycheck, or even living on the negatives you know the stress of having no money. This stress put you in a short-term mentality where your natural instinct is to find ways to make money right now. When you are in this short-term mentality, you’re not thinking about your long-term financial plan. A very important reason to start putting away money that people do not mention is for your brain to go from a short-term mode to long-term mode.

A good idea is to start putting away a few months of living expenses in a savings account as a safety net for you to not feel stressed about money. This will allow you to start thinking about your financial plan in the long term since you will no longer feel the pressure to play the short-term game, and will allow you to have a clearer look at your financial future, whether that means start investing and developing skills, or putting away for retirement.

Not starting a side hustle

If your in a job you don’t necessarily like, the next mistake is not starting a side hustle. There are crazy statistics that reveal that most people at least in the US. do not enjoy their jobs. The crazy thing is that people complain about how much they dislike their jobs, but do nothing to actually change it.

With today’s technology, it’s easier than ever to start a side hustle that you actually like, and began making money with it. Eventually, you might be able to actually leave your job to do something that you actually enjoy. So, if you’re on a job you don’t like, start a side hustle, start an online business, use your interests to start a YouTube channel, provide a service to people, or businesses in your local area do something that will help you move forward towards your financial goals. If you don’t like your job, and can’t see yourself in the same place for the next 20 or 30 years, do something about it.

Not learning about investing

One of the biggest things that stops people from investing is fear. The lack of understanding about the financial world keeps people in the dark about how to actually invest, which leads to fear of losing money and never develop the skill of turning money into more money and even the potential to become financially free.

For many people, passive investing like having money on a safer index fund is enough to put away for retirement, in which case it doesn’t require a super sophisticated investment knowledge, but there are others who want to become more active in their investments and allow for a much higher return. In that case, learning how to invest is a must, investing is like learning how to ski, you see others do it and it seems easy, then you jump in and you start falling over and over again. Then we might just turn around and leave thinking that we are not very good at this, but if we stay and take the time to learn and practice we start to get the hang of it. 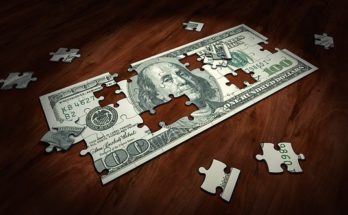 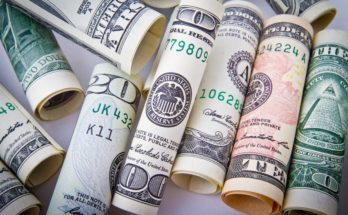 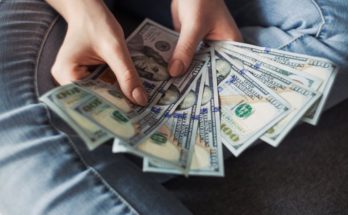